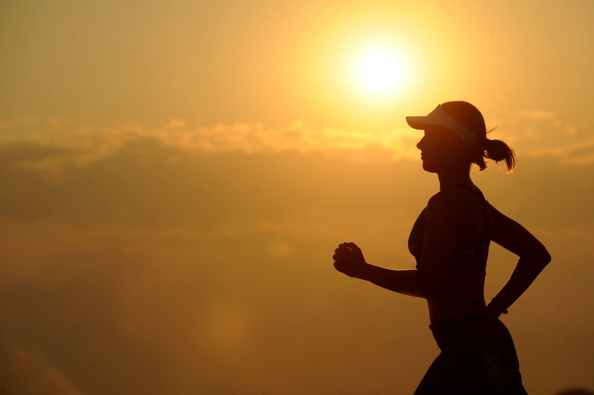 Trust me when I say, as a runner who runs everyday, running can get repetitious. Just like anything in life, running can get old after a while if you let it. Believe it or not, running is one of the most relaxing activities you can do! Especially on days where you just have a lot on your mind.

The benefits of daily exercise on mental and physical health are extraordinary! When I run I like to think about life. I often think about my goals or what I want to do for the week. It is a way for me to really just focus, because that’s all you can really do when you’re running.

It also feels good to challenge yourself. When I run up a really big hill that leaves me huffing and puffing by the end of it, I feel strong and encouraged by the fact that I had the strength to do it! Overall, running is just a healthy activity to do.

I often change up my running routes! Some of them are easier while others are harder, but it always keeps the run interesting. I’m aware that some people like to do the same run daily and that’s awesome if you do! But me, I can’t possibly do that. But that doesn’t mean that I don’t have particular runs I like and save. I just run them when I want to, but not every day. Remember, do what works for you!

I also like to drive out to new places. For example, sometimes I drive to a local Regional Park where I can run around several lakes while staying on a soft surface such as grass or dirt. I also get the benefit of watching the wildlife! It is a beautiful feeling running along the shore and seeing a fish jump out of the water, or hear a Bald eagle screech while flying in the sky. The effect the sunset has on the water is a nice view to watch while I run.

Invite People To Run With You

Running with new people is just awesome. It makes the run go by quicker and it’s just always a good time. Just don’t get too competitive!

Listen To Some Awesome Music!

If you have a device that plays music and your comfortable with holding it or strapping it to your arm, I say go for it! Just be aware of your surroundings since you won’t be able to hear what’s going on around you. I occasionally bring my phone with me on light runs to listen to music, but I’m not a fan of carrying something so clunky for 7 miles.

Do whatever makes you enjoy your runs! Everybody has their own thing, so I encourage you to do whatever it is that makes you happy while running!